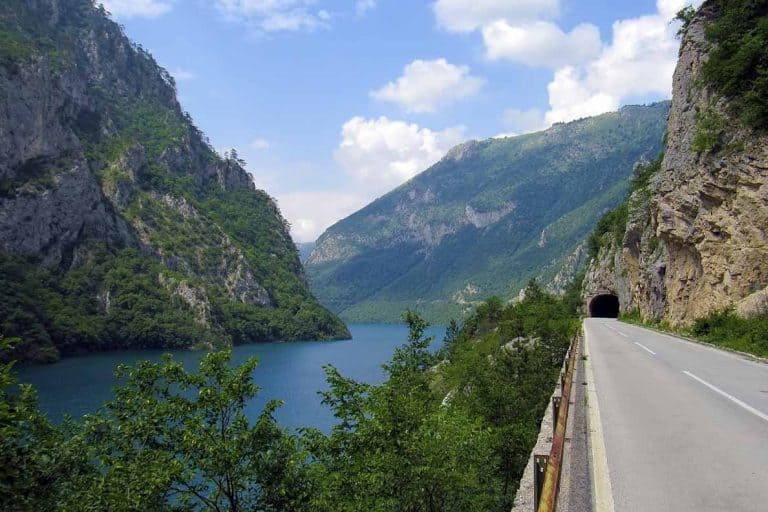 Did you know that the longest road tunnel in the WORLD is in Norway? Neither did we! It’s not the sort of thing we thought to Google before we left: “Hello Siri… are there any really really long tunnels in Norway for us to drive through?” But a chance encounter with a lovely couple in Denmark brought it to our attention, and now we’re here, in our motorhome in Norway, ready to drive through the longest road tunnel in the world.

I’ll be honest, the entrance is a bit anticlimactic. It looks exactly like any other tunnel in Norway- and trust me, there are many, MANY tunnels in Norway. There’s not even a sign telling you that you’re about to enter the longest tunnel in the world for cars, (and bikes, lorries and motorhomes!) Nada. Just a small sign stating how long the tunnel is.

Some facts about the Longest Road Tunnel in the World!

What is the name of the longest road tunnel in the world?

How long is the longest road tunnel for cars?

Where is the longest road tunnel in the world?

Really near Fläm, which is where we rode the Flamsbana railway up into the mountains. This railway is regularly voted one of the prettiest rail trips in the world. It’s on the E16, just to the North East of Fläm.

(For those who are interested, the longest TUNNEL in the world which people can go in is a Metro line in China which is 37.5 miles long!!!)

When was it built?

How is the air quality inside the world’s longest road tunnel?

Lærdal tunnel was the first tunnel in the world to have an air treatment plant included in the design. This plant keeps the air quality inside the tunnel at very high standards, removing dust particles and nitrogen dioxide from the air.

How much did it cost to build?

I’ll be honest, inside the tunnel it looks like…well, a tunnel. Not a whole lot to see. The only points with colour are the rest stops- here’s us enjoying the novelty!

How long does it take to drive the longest road tunnel in the world?

It took us just over 20 minutes, which included a 3 minute stop in one of the blue rest areas. If you stop at the first one, you might see a Wandering Bird Sticker! 🙂

That’s a long time to spend in one tunnel- frankly, I was glad I wasn’t on a motorbike! This is not a great place to breakdown!! *Gulp* How much does it cost to drive the world’s longest road tunnel?

It’s one of the few roads in Norway where there weren’t tolls- which helps if you’re travelling Norway on a budget. Although obviously you pay for fuel etc in your vehicle.  Be warned, there are average speed cameras throughout- if you look at the video below you can see it flash (at around 3.30 mark)

What are the blue rest stops in the Longest Road Tunnel in the World? 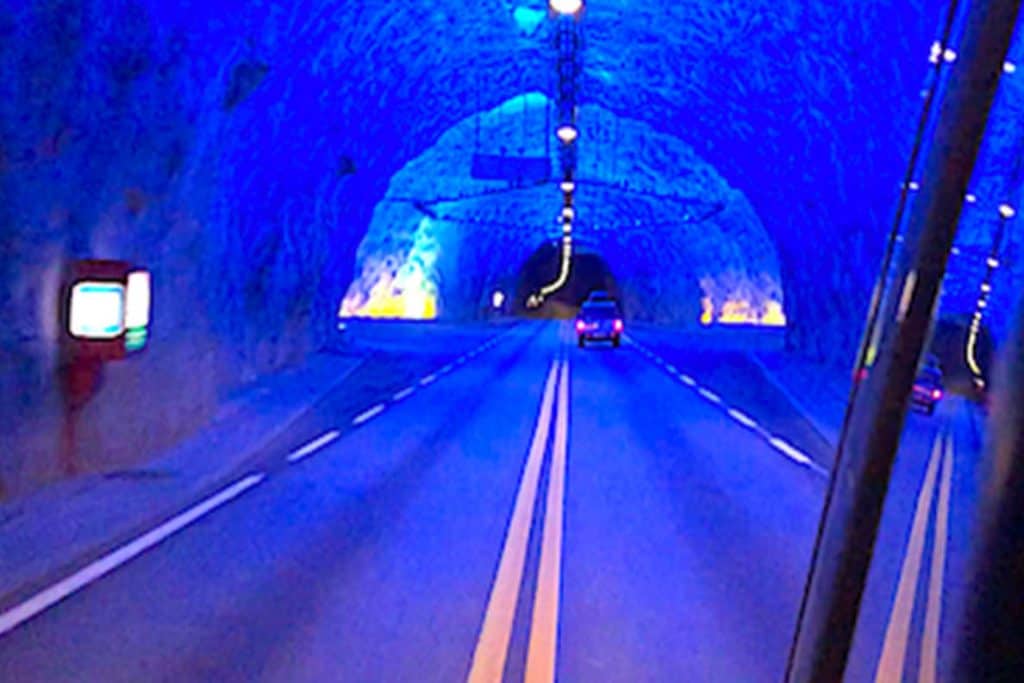 There are three main rest areas in the tunnel, which are lit with blue lighting. Originally I thought this was a bit odd, but by the third one I was quite glad of the lights, which help break up the monotony of the tunnel! You can stop there for as long as you like, although it is just a rest stop in a tunnel- there’s not a lot to see and it’s very noisy!!

Watch the video of us driving the Longest Road Tunnel in the World!

You can enjoy us driving through a tunnel… which hopefully is more interesting than it sounds!! There is also some incredible footage of the surrounding Norway scenery. Don’t forget to subscribe to us on YouTube!

Want to visit the World’s longest tunnel for cars?

We drove the tunnel in our Motorhome as part of our tour of Norway in Summer 2018. However, if you don’t have a motorhome or just want to visit Norway for a few days, here are some great options for you:

Europcar has some fantastic deals, with locations to collect and return to all over Norway. Why not hire a car for a few days of your trip??

If you’re not travelling with your home on your back (and here are 20 reasons why you SHOULD!), then hiring a car and hotel hopping is another way to see this beautiful country.

Things to do near the Longest tunnel for cars

There are so many incredible ways to explore Norway. Here are some ideas for you:

Have you ever driven the world’s longest road tunnel? Would you like to? Let me know in the comments below. 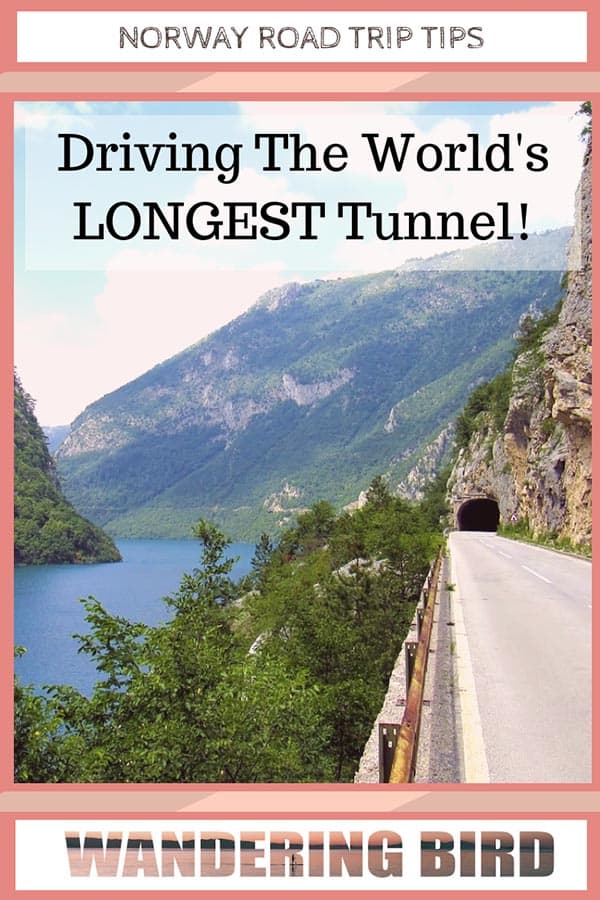 2 thoughts on “Driving the Longest Road Tunnel in the world!”

See awesome places we visit, get bonus motorhoming tips and come chat with us on your favourite hangout:
156 shares
error: Content is protected !!